Mail us LK IN FB PI At Septiembre Arquitectura we merge design, context, culture, art and technology to define the best strategy to materialize architecture. We are built by a multidisciplinary group focused on solutions within planning, design and construction. We materialize adaptive solutions to empower the value of the site and its surroundings. Founded on an international network but with a sensitive local application, we offer assessment, design consultancy, the conceptualization of projects, and construction supervision. Our decision-making is based on feasibility studies, analysis and projections of the surroundings.

Focused on a deep investigation of the ever-changing ecosystem, its economical context and social environment we shape specific solutions. Self-sufficient interventions that optimise natural resources ensure in a short, medium and long term the viability and well being of the users with their surroundings.

We take a special interest in the unique processes that will guide each project where we bring into play unique specialists that coexist with the views of the clients. Just as a collection of days in the month. 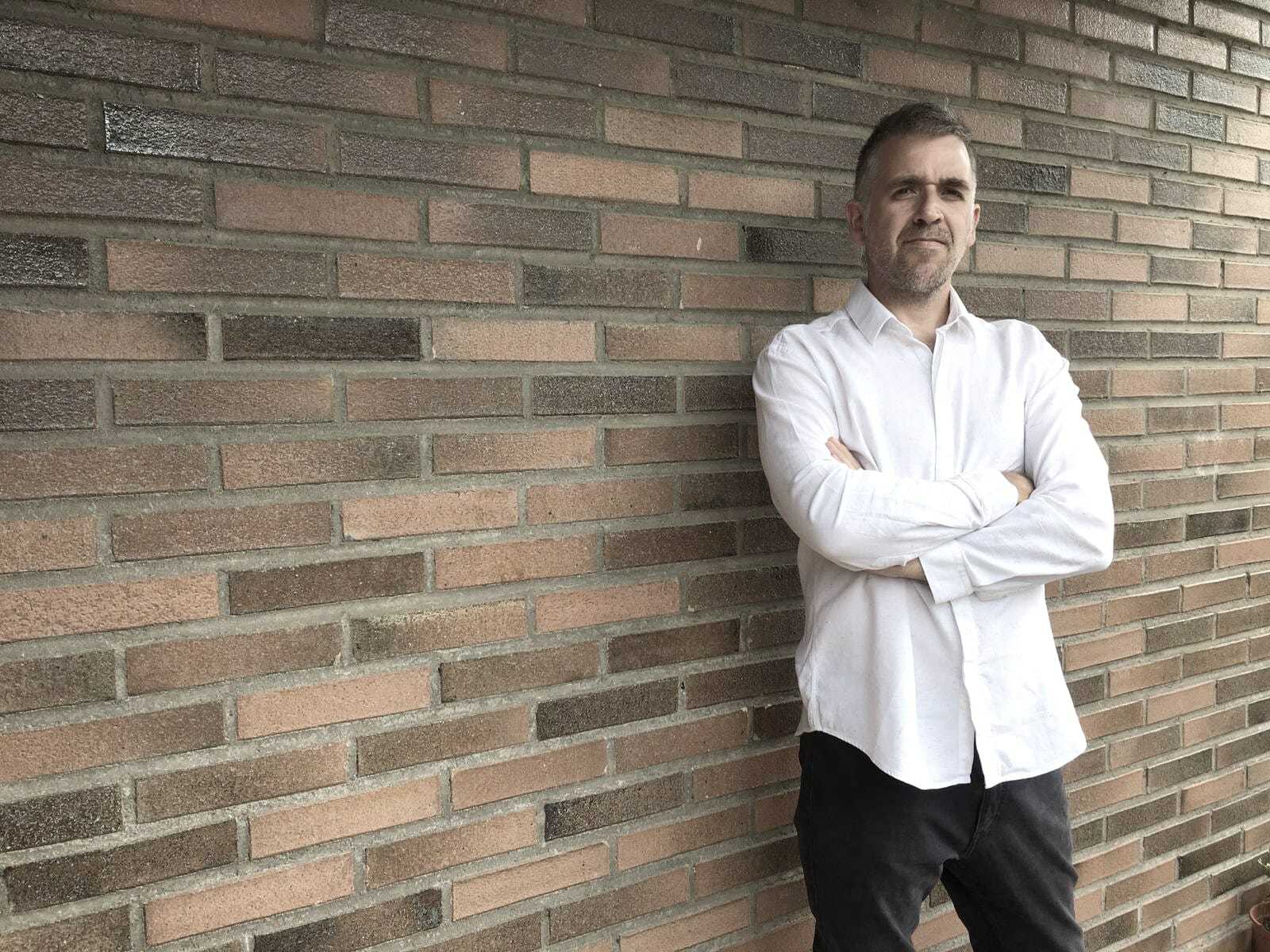 Daniel is a Project Manager from the University of Navarra, Senior Architect, from La Salle Barcelona ETSALS (Ramón Llull University) and has a Master’s Degree in Restoration of Architectural Monuments from ETSAB in Barcelona. He currently carries out Artistic projects in the urban environment.

He has worked as a Project Manager in vertical and horizontal composition projects at various scales. He received a scholarship from the ETSALSB University, in the BarCode Housing (www.barcodehousing.net) social housing project endowed with European Union Funds.

He was associated in the OPR Architecture Studio, which later evolved into the OPERA Architecture Studio (www.opera-projects.com) with offices in Barcelona, ​​Lisbon, Luanda and China, Daniel being responsible for the Barcelona office. During this time he directed projects and competitions ranging from Urban planning to design of furniture pieces. He has been awarded several prizes in National and International Architecture Competitions. With great sensitivity, he defines urban relations. He is currently co-founder and director of the September studio. 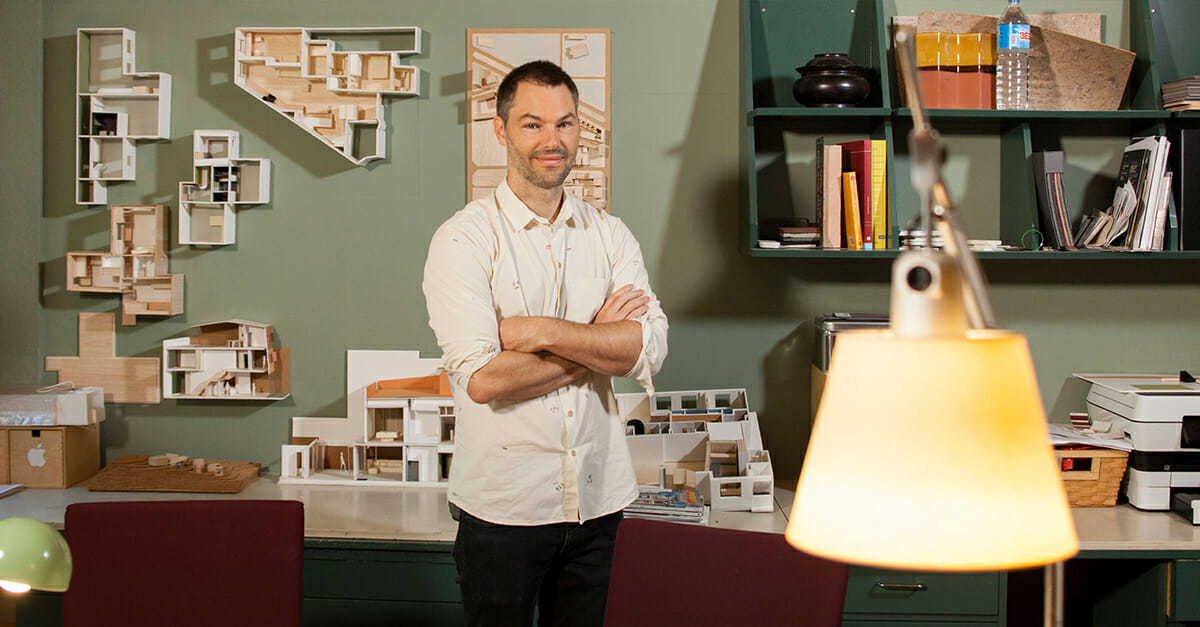 He has worked and collaborated with several studios including Foreign Office Architects (FOA) in London, Tatiana Bilbao in Mexico and Habitat in Barcelona.

He has participated in several juries and “workshops” at Universities in Europe and Mexico. His projects include those of social housing, schools, equipment and infrastructure projects. Make projects with local materials like compacted earth, wood and coral. He directs the design, detail, execution and construction processes. His project on housing was published by Harvard Press in Cambridge Mass., Domus Italia and Tomo México, among others. He is a member of the Royal Institute of British Architects (RIBA) and the Barcelona College of Architects (COAC). He is currently co-founder and director of the September studio. 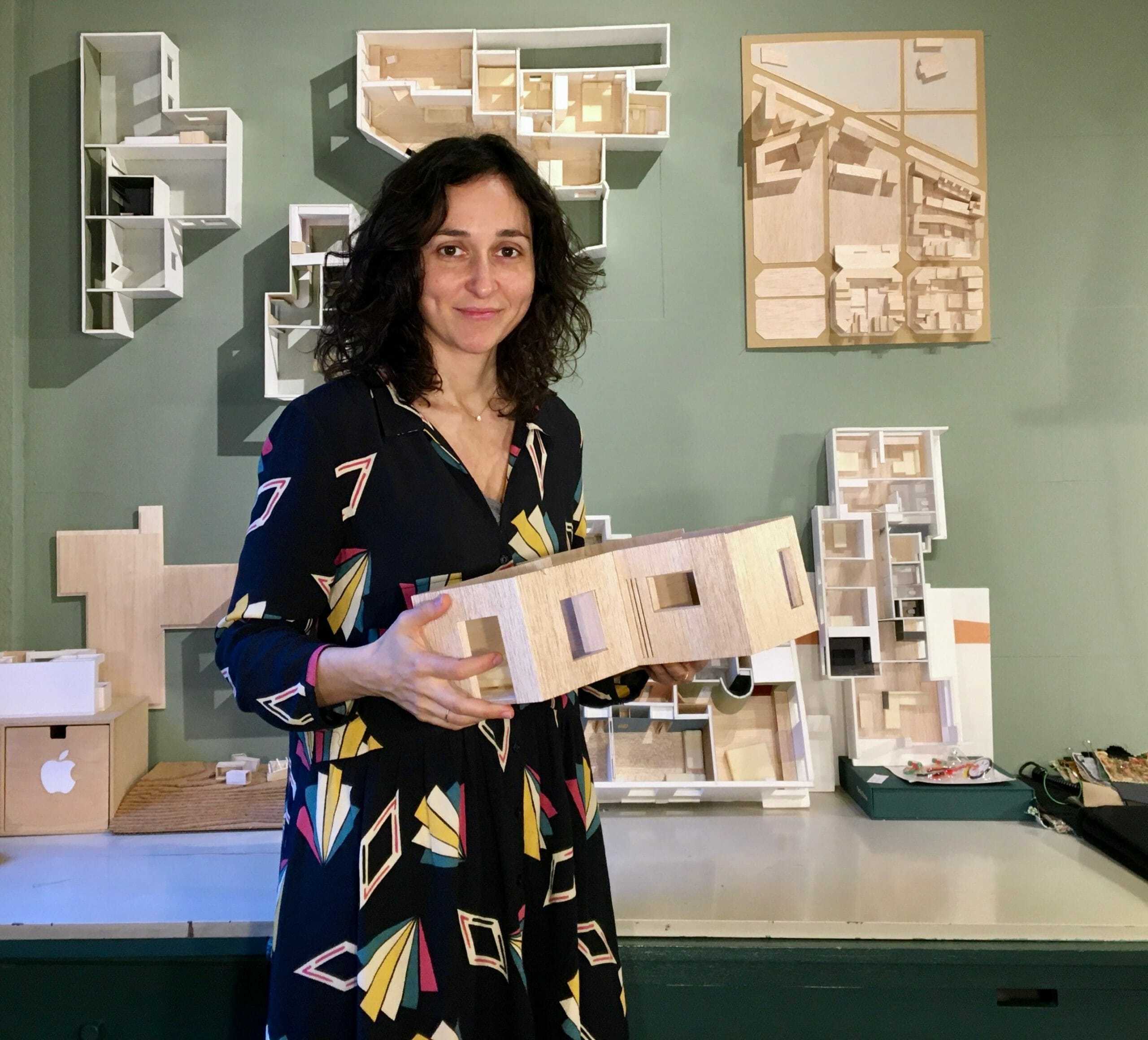 Sara is an architect, interior designer and furniture designer, born in Barcelona. Graduated as a Senior Architect from the ETSAB School of Higher Technical Architecture of Barcelona, ​​she has two Postgraduate degrees, one in Furniture Design from the Elisava University School and the other in Retail from the School Sert of the Col·legi d’Arquitectes de Catalunya , COAC.

She has worked and collaborated in various architecture studios, including ACXT (www.idom.com) based in Spain, Chile, Colombia, Brazil and Saudi Arabia. Until creating his own firm. She has directed architecture, rehabilitation, interior design and furniture editing projects. She is detailed and careful, she elaborates the projects from constructive honesty, human scale and aesthetic sensitivity. She has won several National Architecture Competitions and her work has the First Prize Espacios BJC-Delta 2012 and Europan 12 selected work. He is a member of the College of Architects of Catalonia (COAC) where he has given talks on Retail.
After a long period managing his own firm, in 2016 he associated with Estudio Septiembre, where he currently directs the Barcelona office.

SIL Price
SIL price 2009 and Excellence Price given by the UE-Santarem XXI, Rehabilitation of the Santarem riverbank. Associated with PROAP.

1st Price
Two phases Invitational Competition for a Visitor And Expositions Center in the Hydroelectric central of Bieudrón, Suiza. Associated with Nuno Guerreiro – 2006

INSIDE: Celebration of Space and Details.
Describing Luxury.
Diciembre 2015 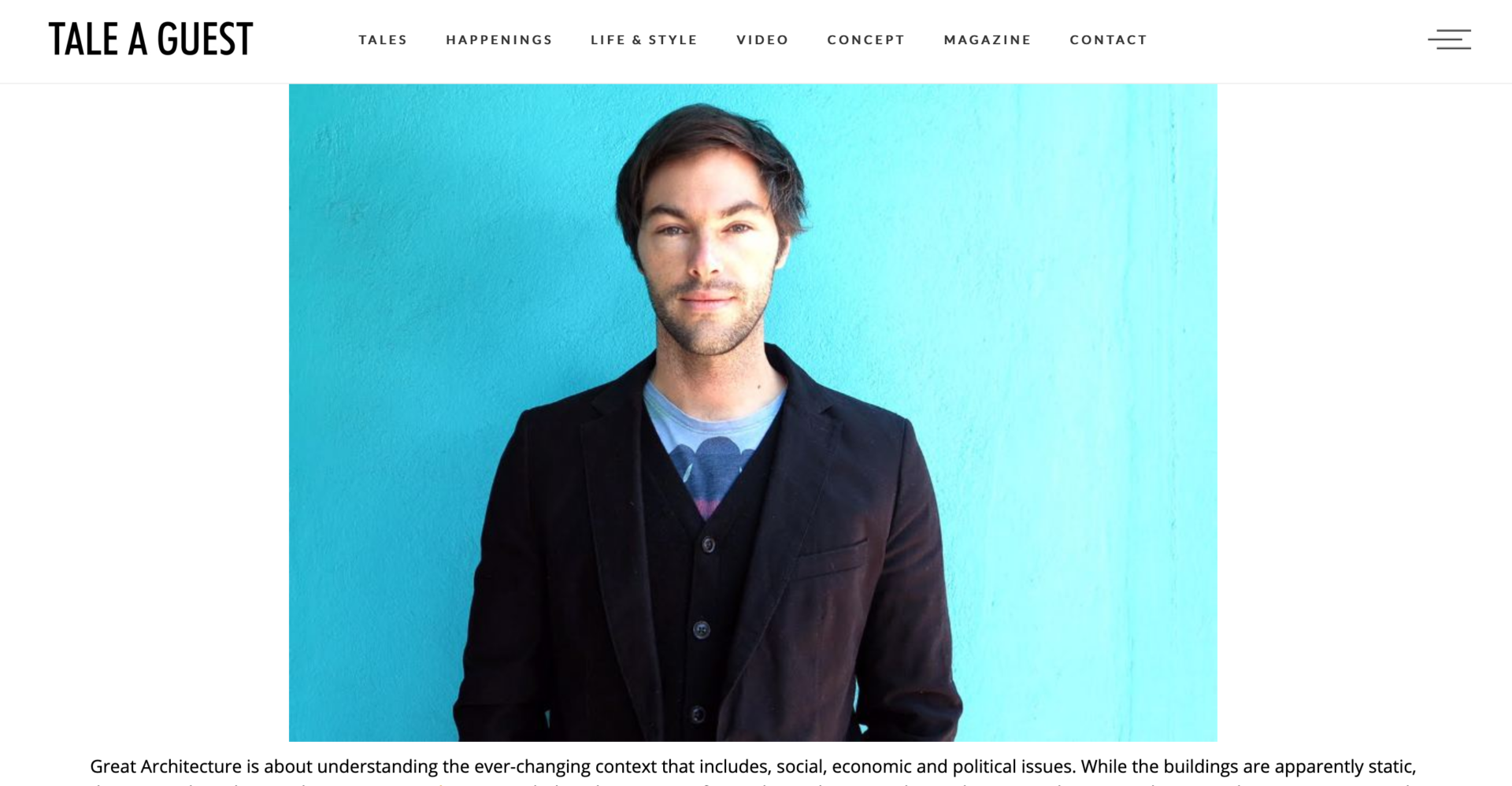 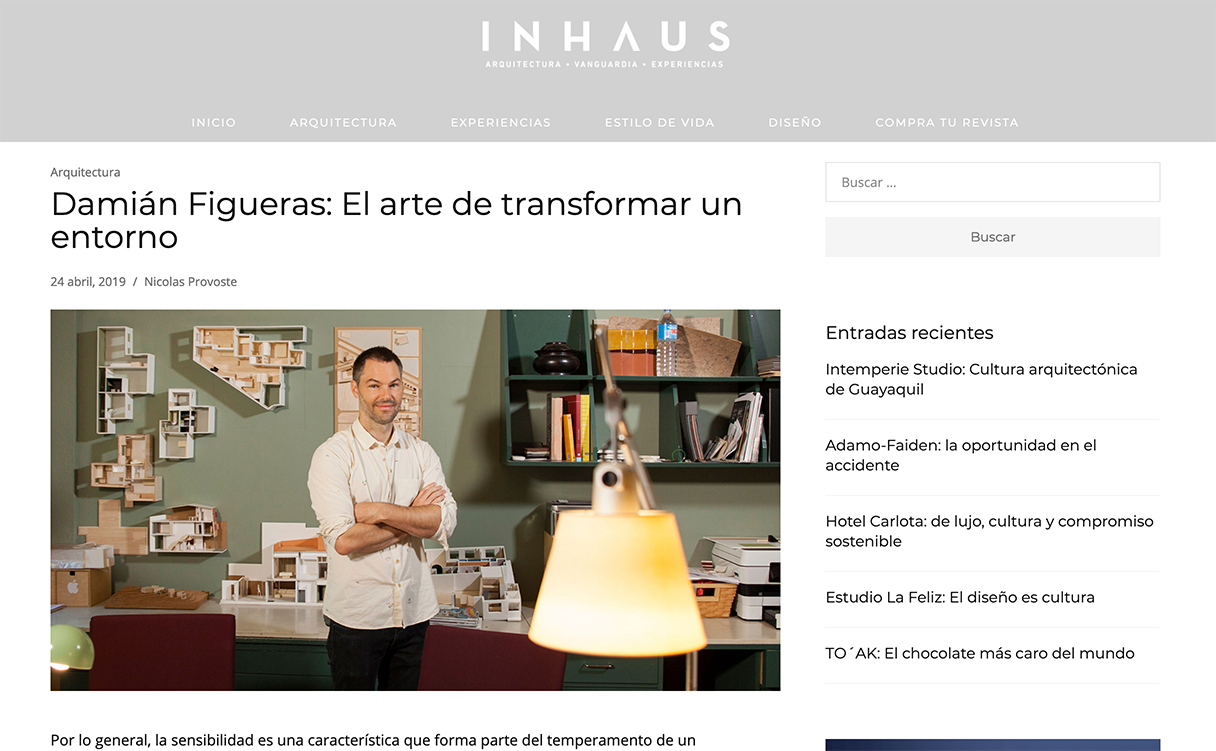 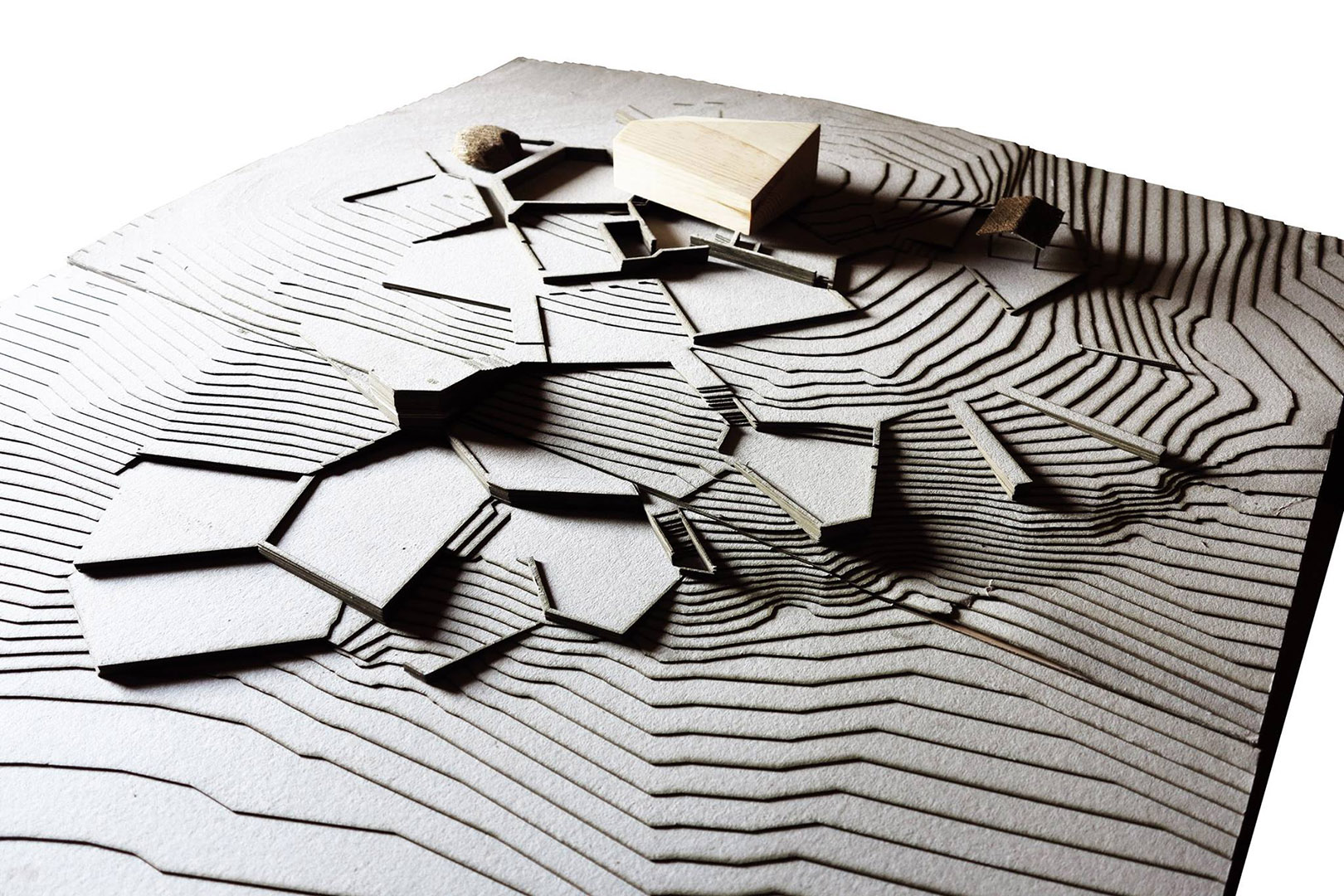 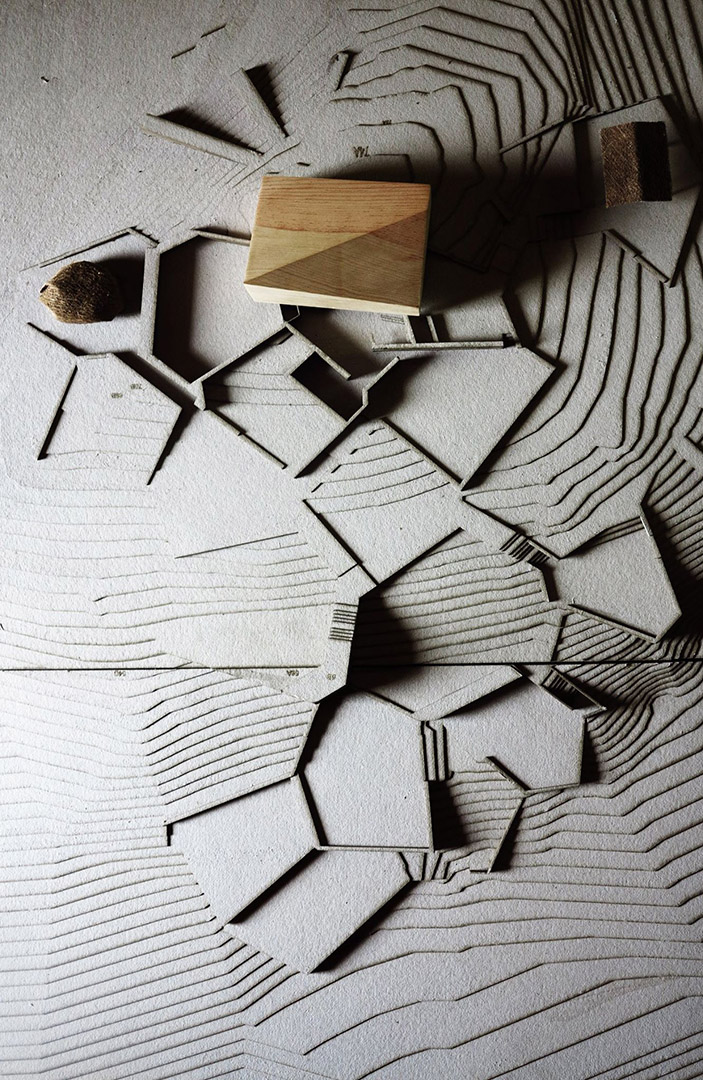 The Cometa project is an integral concept that aims to place a high value on the archaeological remains existing in the area, enhance cultural and historical values, and provide communal spaces that enhance these concepts. Mazunte is a land of contrasts with a recent tourist infrastructure in a society that boasts a culture and customs confronted in the dynamics of the accelerated development process.

A cultural and / or multifunctional space is required in El Mazunte that identifies and bears witness to its cultural structure, that makes the locals feel proud of their heritage, their tasks and their roots, that also presents an interesting proposal, that offers to tourists visiting this continuously expanding town, an overview of the culture of this part of the Oaxaca coast.

OPERATION AND OBJECTIVES OF THE INTEGRAL PROJECT PUNTA COMETA
Currently, the visits to Punta Cometa are anarchic and uncontrolled, the functionality strategy aims that visits to this site are mostly guided to ensure cleanliness, care for nature and safety of the walker, starting the tour of the townhouse, visiting the community museum its surroundings and later accessing Punta Cometa.

BACKGROUND
Punta Cometa is a mountain located to the east of the Mazunte community, between the main beach and Mermejita beach, its territory is approximately 10 hectares, it has two beaches, Comet and Comet beach, its geographical location makes this place is and has It has been a very important place in the past, it is known that in pre-Hispanic times it was occupied by the Aztec empire and it established a military stronghold in this place since colonial times it was taken by the Spanish and later fought by pirates, it exists in this place an overlapping stone wall, what the locals currently call the “stone corral”.

The hill of Punta Cometa is currently considered as the strip of land with the most exit to the sea in the southern Pacific of the republic, this means that from this place you can see the sunrise and sunset, and you can also see the passage of many migratory aquatic species, such as the whale and in the air the pelican, among others.

At the beginning of the ’90s the locals decreed the Punta Cometa hill at the community level as an ecological reserve space, today Punta Cometa is highly visited by tourists and people who go to this place to recharge energy because it is said that this hill is magical.

At Punta Cometa, it is not allowed to build anything that alters its ecosystem, only the improvement of the trails, security at the viewpoints and infrastructure that prevents visitors from putting their lives at risk.

Only 100 meters. Before accessing the Punta Cometa hill, there is a land that the community calls “Casa del Pueblo” which is linked to Punta Cometa and in it if it is allowed to build certain things according to the construction regulations of Mazunte.
Punta Cometa, together with the Mexican Turtle Center, are the most important points of tourist interest and visited in the tourist corridor “Puerto Angel- Ventanilla Beach”. The turtle is of utmost importance to Mazunte. Since the second half of the 20th century, a market for turtle meat and eggs developed, having its own slaughterhouse. Starting in the 1980s, concern about the decrease in the number of turtles led to an absolute ban on turtle meat and eggs in Mexico. To replace the income of families affected by this ban, ecotourism was based on turtle conservation and development of natural cosmetics.

Currently, the main attractions of Mazunte are the Mexican Center of the Tortoise and the natural cosmetics of Mazunte. Given the importance of this animal to the people, the formalization of turtle shells is taken as the main concept of the spatial organization of the museum’s proposal.

This formalization is characteristic for following cell growth patterns through diagrams called a Voronoi diagram. This system provides organic geometric formations that will help us to establish the circulation on the ground. There are some generating shapes for the Tortoise shell geometry. By simplifying the shell lines we find that the formation is based on Voronoi geometry.
The natural terrain resembles a turtle shell in shape. Taking the shape of the turtle’s shell geometry, it is modified according to the uses, views and routes that interest the project. This plot is printed on the ground, leaving an imprint that will formalize the routes. The main volume of the museum is placed in the highest part of the hill, showing itself as a clean, clear and forceful cubic volume of brick as opposed to the more organic forms of the access route. This location of the museum’s volume allows it to have a privileged position where it has views from all sides, especially towards Mermejita beach and the town of Mazunte. The lines of the Voronoi diagram printed on the ground are used to build walls, squares, viewpoints, route, etc. Finally, the project is glimpsed in its entirety, adapted to the environment. The geometries closest to the access road are used to formalize retaining walls and flat areas to convert them into a parking area.

Using the lines of the Voronoi diagram, the access routes that run through the vegetation through various squares are configured. One of the geometries is used to elevate the route above the tops of the trees and make a viewpoint towards Playa Mermejita, Mazunte and Punta Cometa. In the highest part of the hill, the museum is placed together with a small souvenir shop and a cafeteria. In a part of the land and with “hidden” access is the Temascal area, to keep privacy and the environment — necessary. At the end of the tour, the existing palapa is placed where visits to Punta Cometa leave. 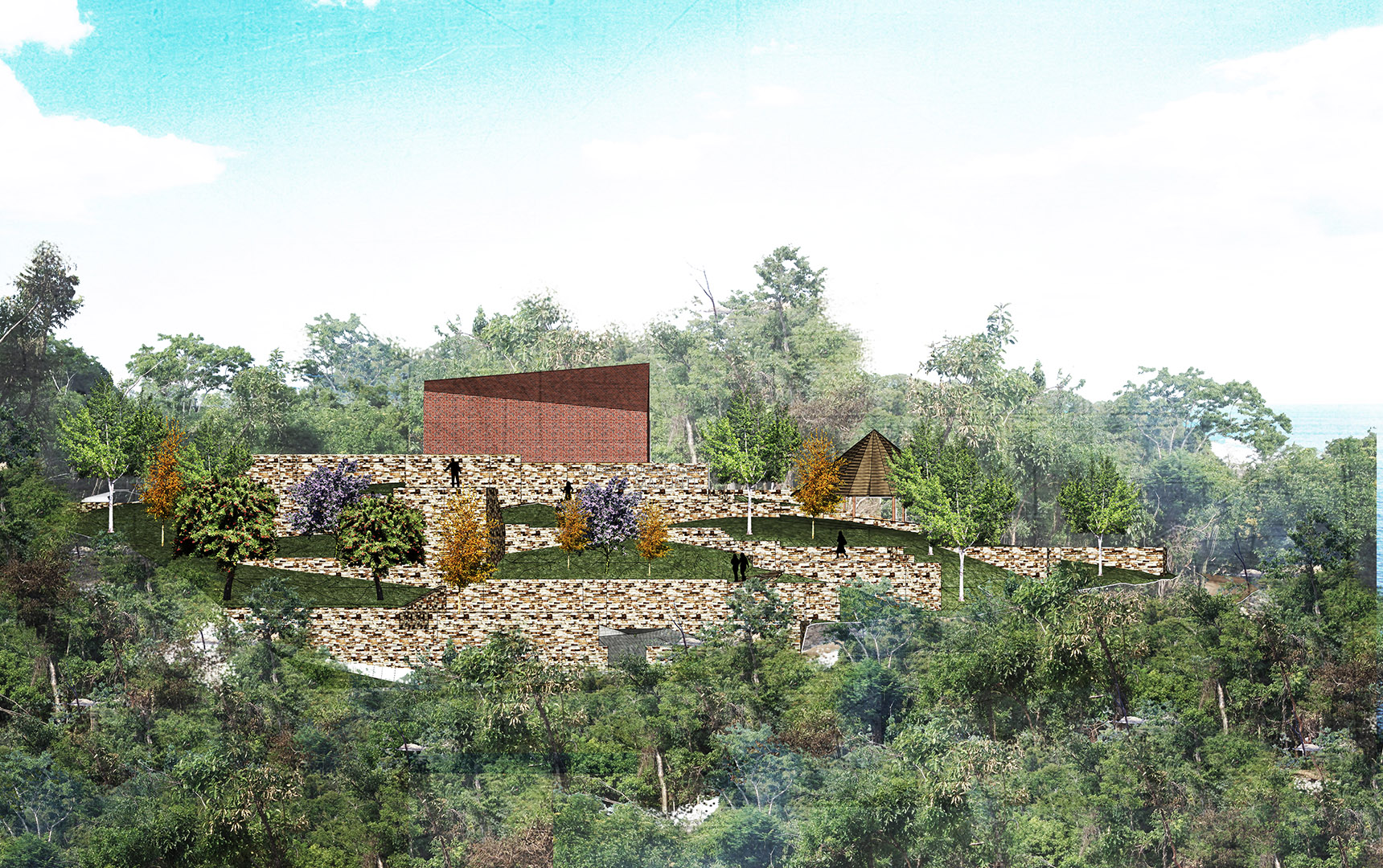 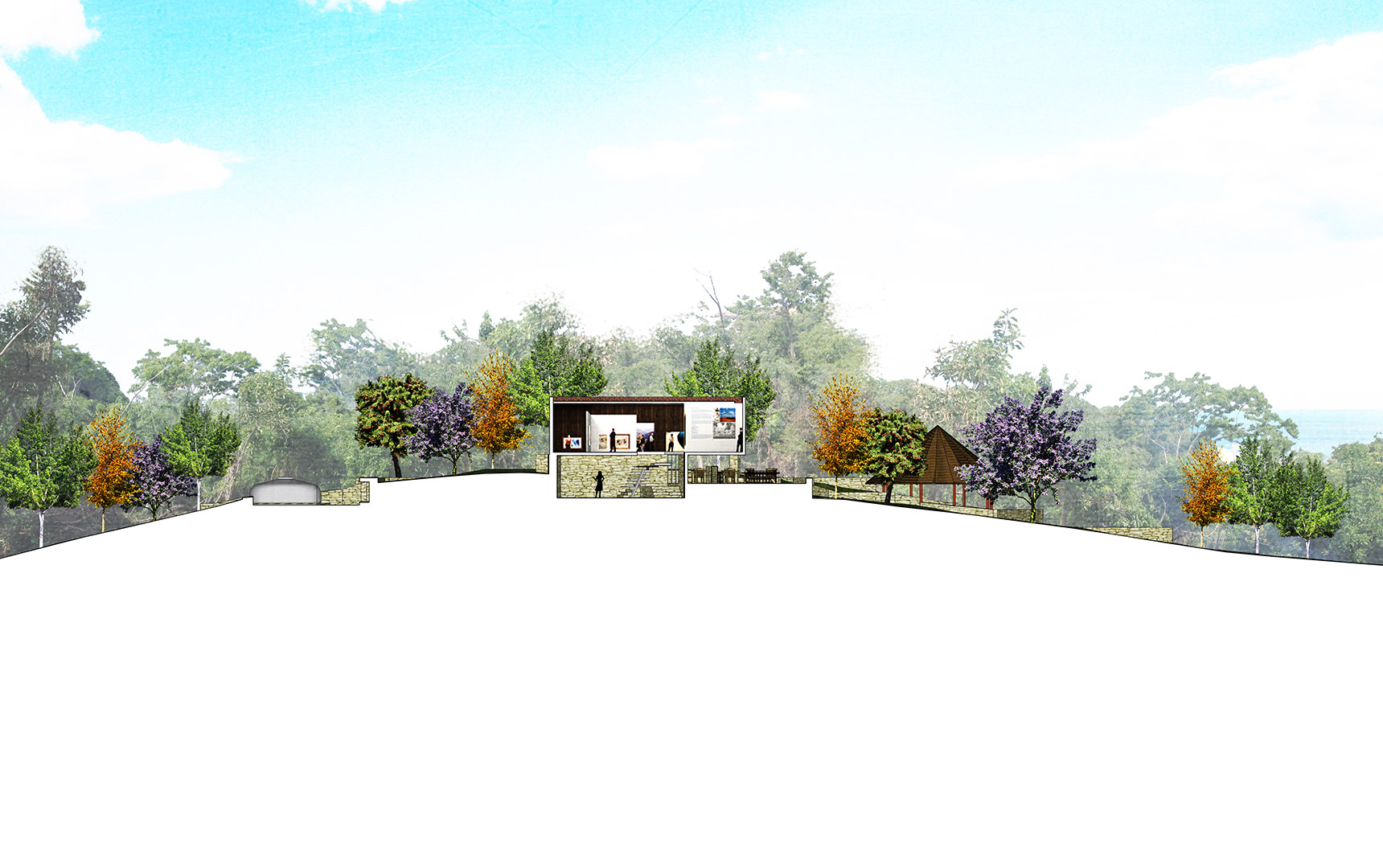 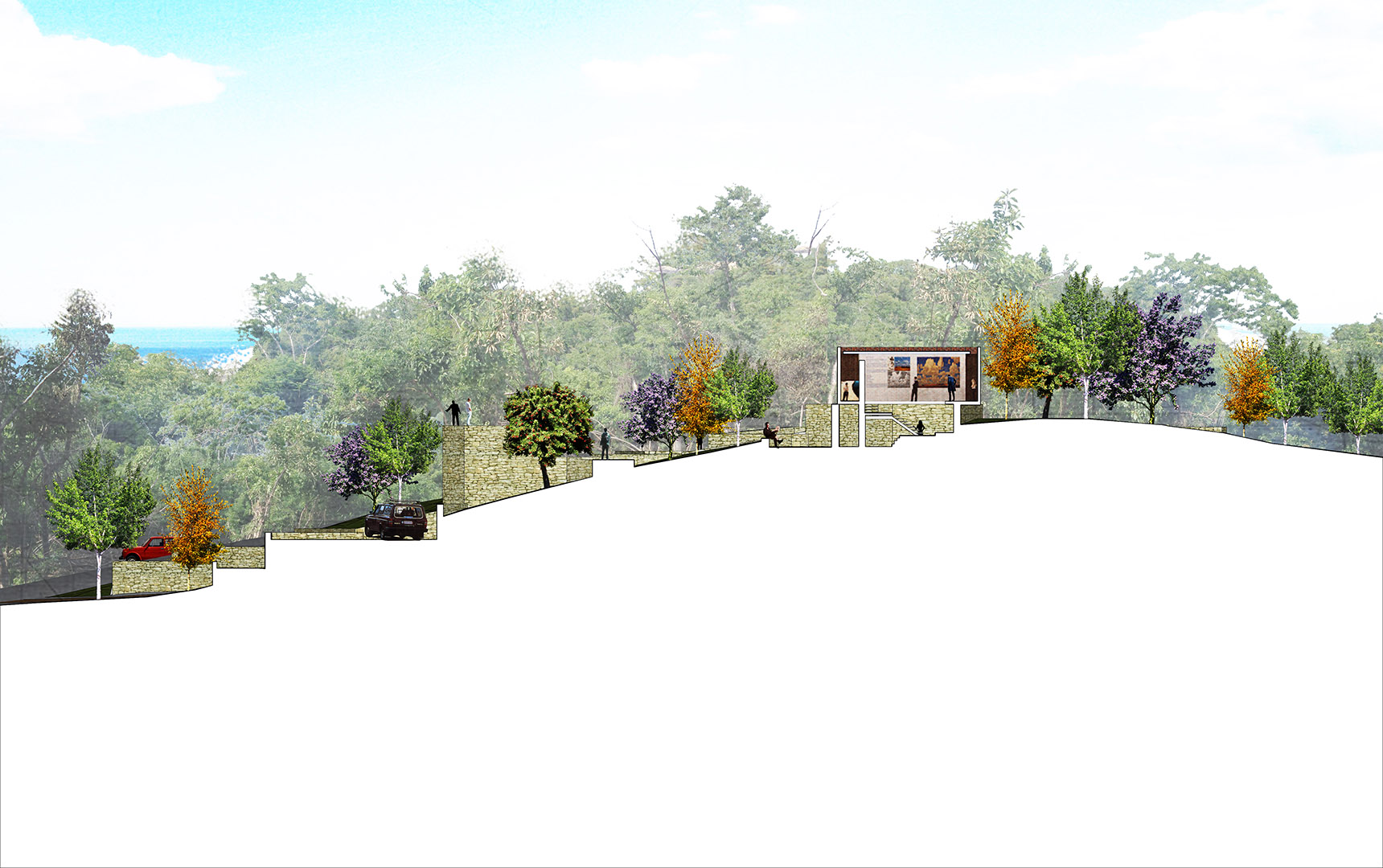 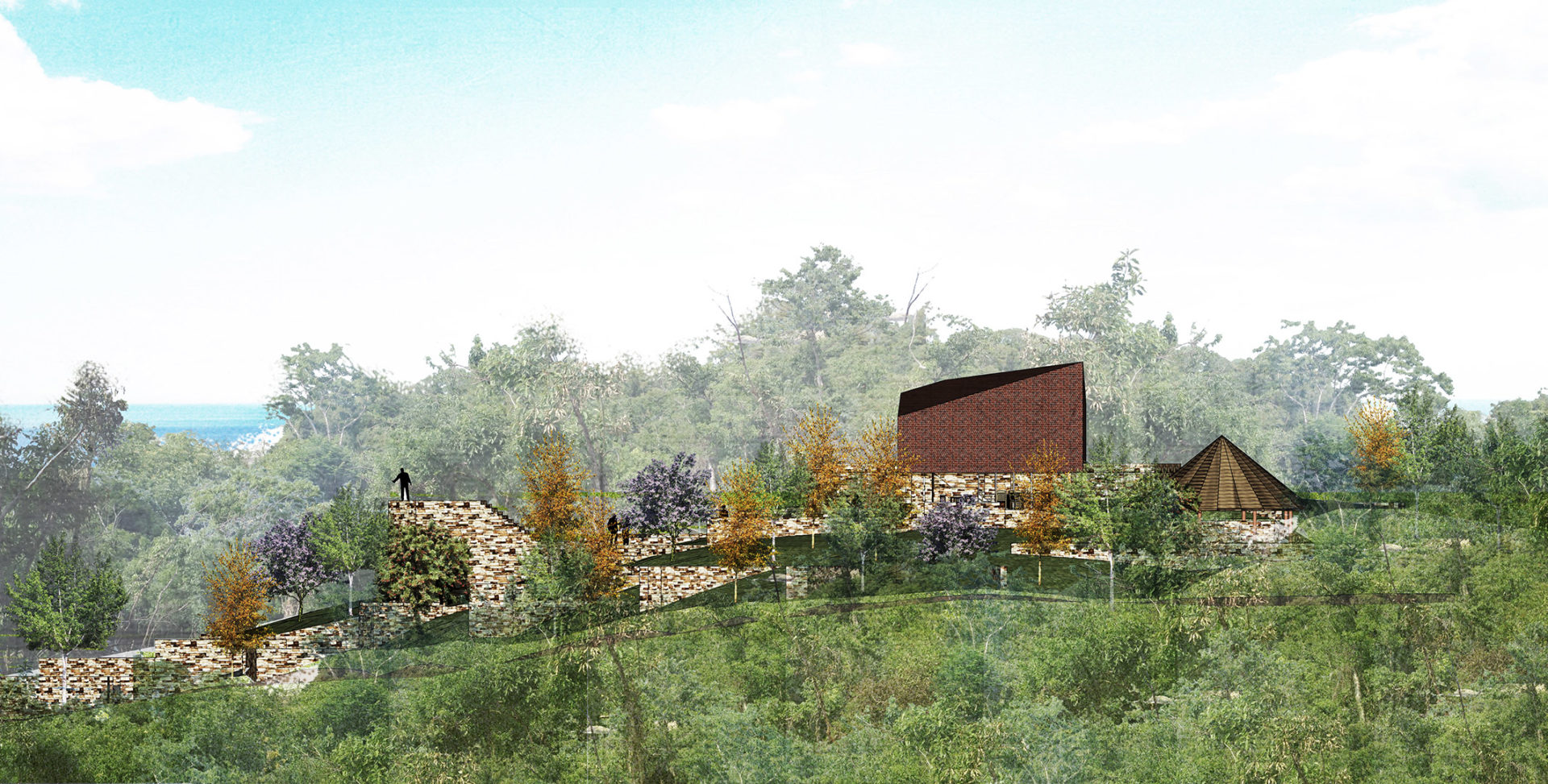 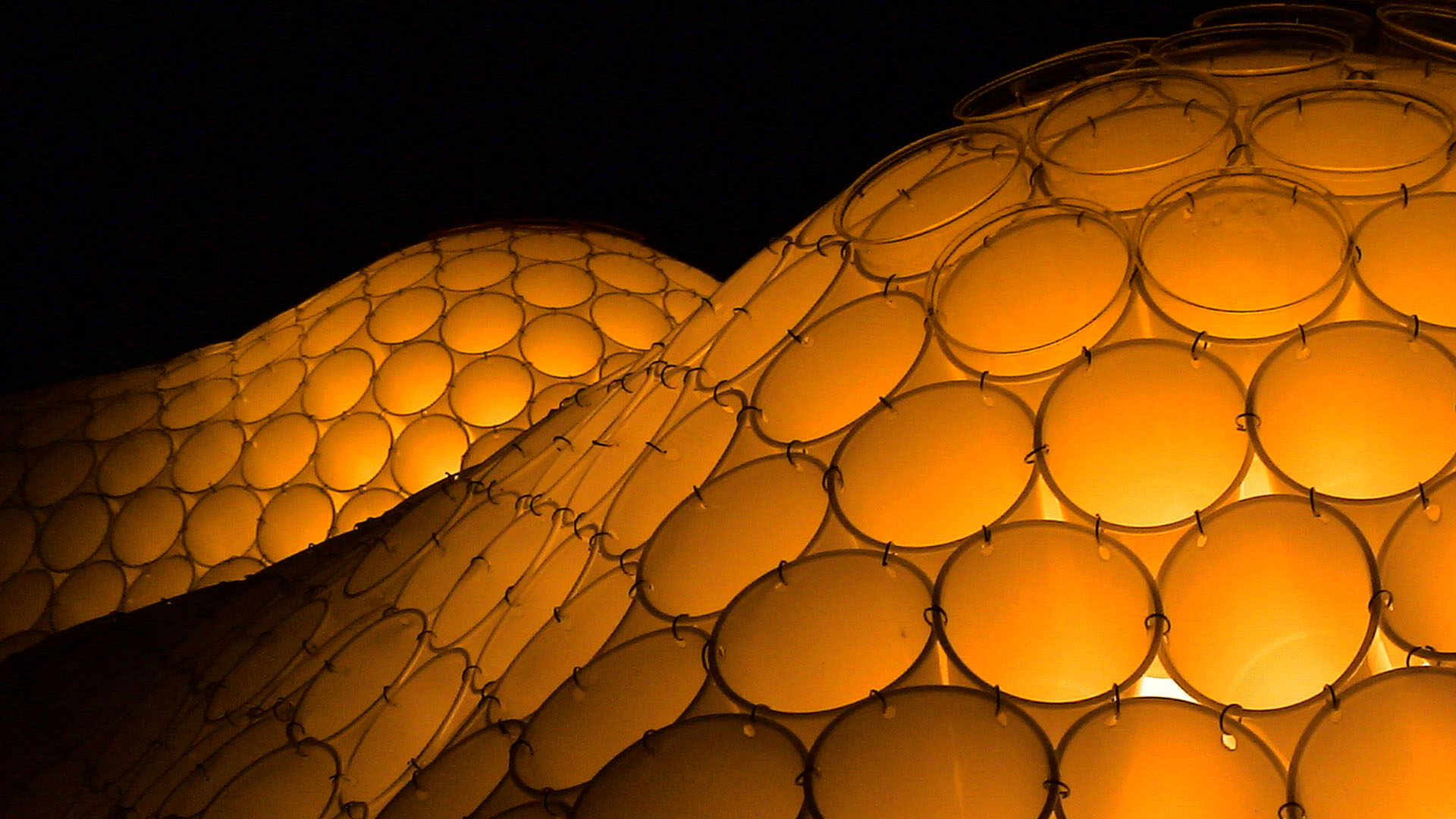 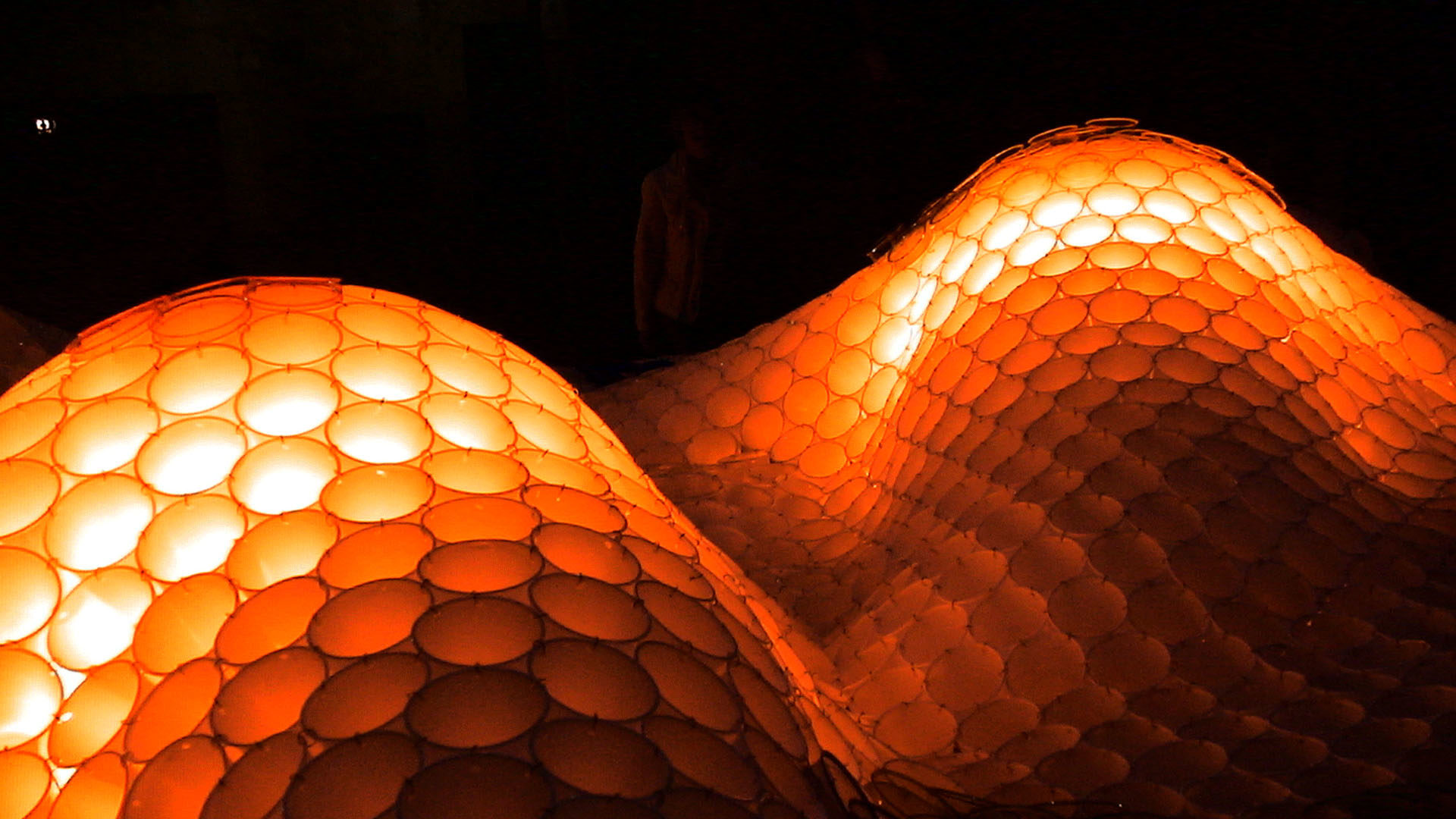 This was the result of winning the first prize in the competition for the temporary installation carried out for the “Girona Temps de Flors” event organized by the Girona City Council.

Every spring, the courtyards of the old town of Gerona are opened to the public during the “Temps de Flors” festival to be operated by artists, architects and creators related to the world of art and design. “A flor de Pell” was the winning project of the competition within the ETSALS School of Architecture. The project is installed in the old neighbourhood of the city of Girona, a public place exposed to rain, sun and wind day and night. For this reason and because maintenance would not be available during the days of the exhibition, we thought of an affordable material, resistant to weathering but also that we could recycle once the event was over.

By adding a basic element, we generate a skin that can be adapted to a specific environment or terrain. Highlighting the geometry in an orderly manner. The difference in measurement between the diameter of the mouth and that of the bottom of the vessel allows them to be joined together at the edges, they can generate both concave and convex shapes, so that they can articulate to generate organic tissue and spread colonizing the space. The realization of the first model also revealed unexpected qualities of the system: its great capacity to adapt to surfaces on which they were placed. The most sensitive accident, the slightest alteration in the plane below, could be read in the vessel tissue. The stairs of the Putjada de la Catedral provided an excellent opportunity to enhance the quality of the system. 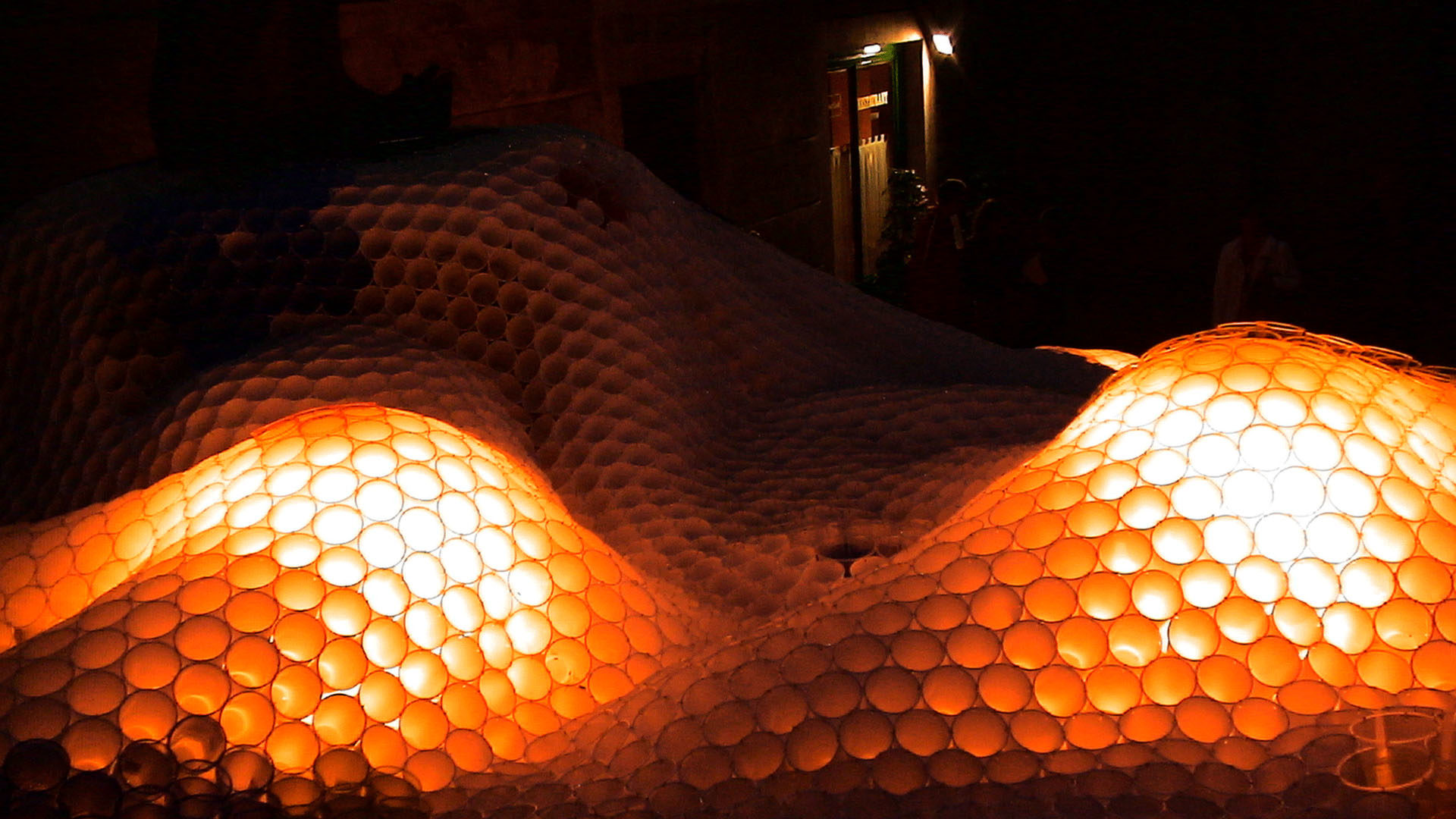 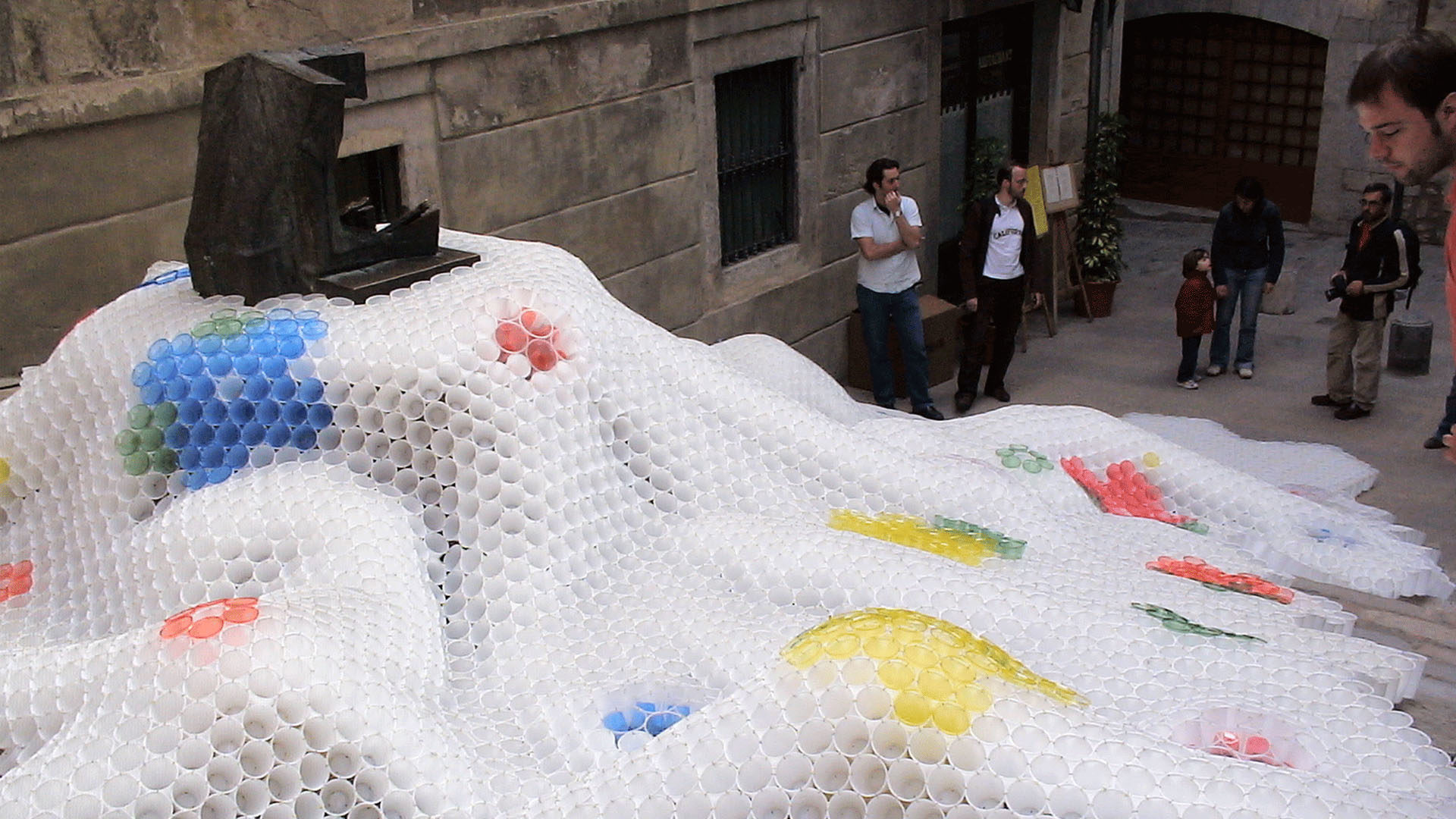 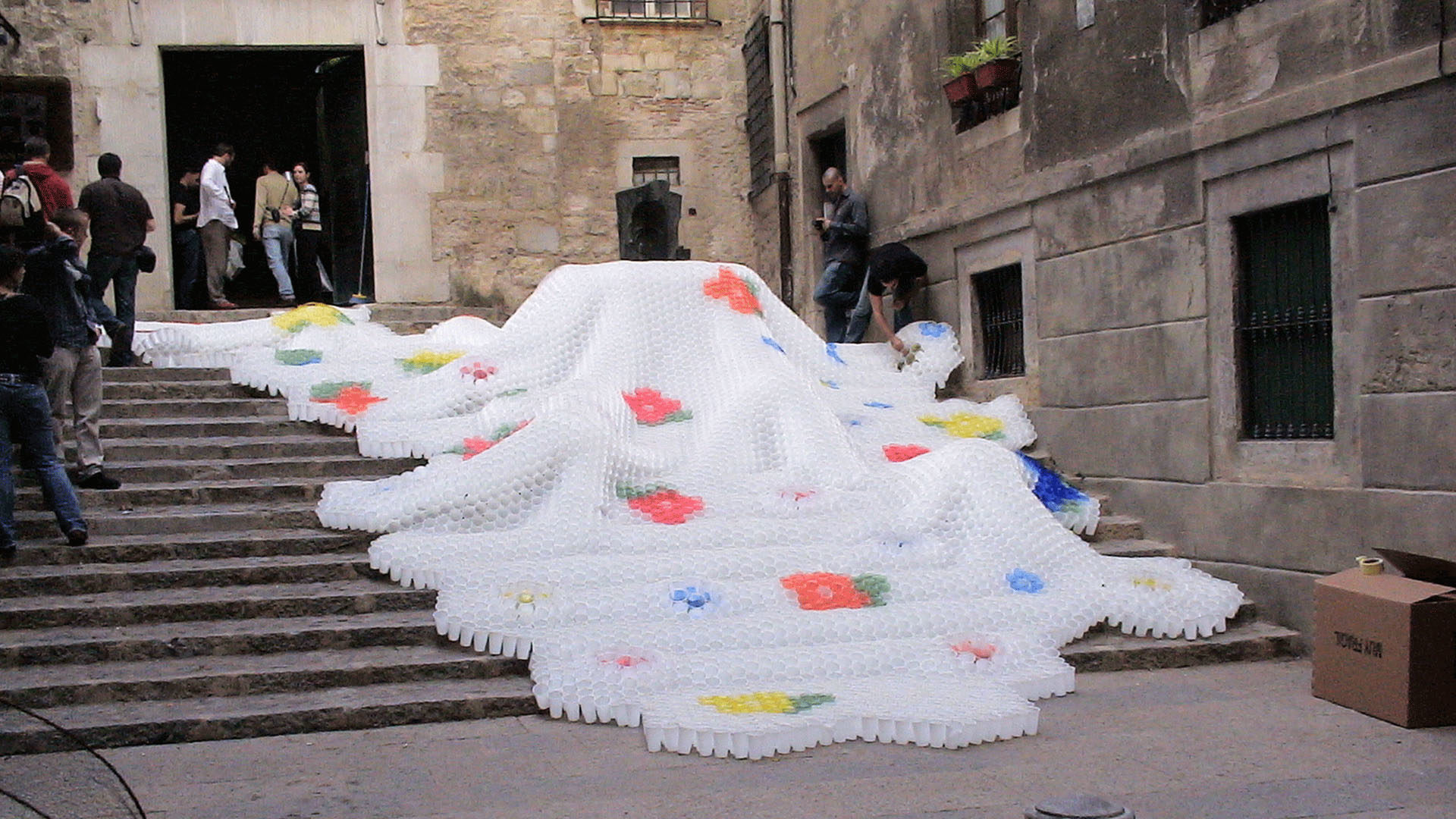 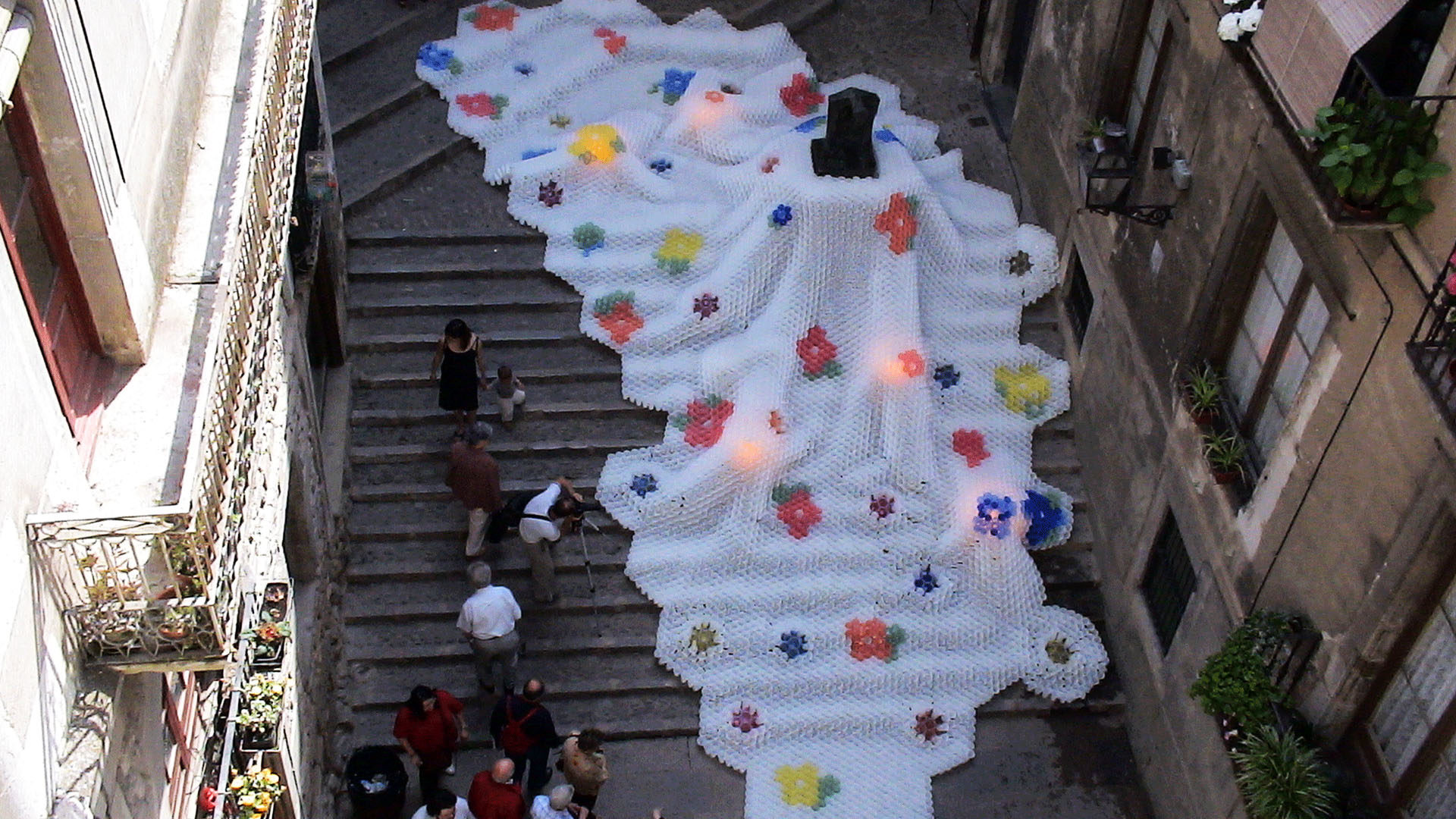 Take a look to our project in the Mexican Coast Cocolia Hotel!!!.